What is a Good Caffeinated Drink Before a Workout?

All Credits go to Laura Niedziocha 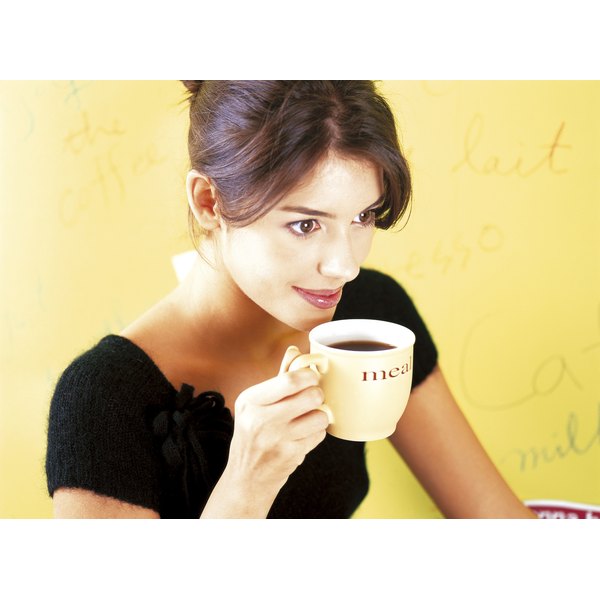 Increase your workout duration and fat-burning potential by adding caffeine to your pre-workout routine. Drinking certain caffeinated drinks may help boost the effectiveness of your workout as well as relieve exercise-induced pain. Coffee and green tea may be among the best substances to consume before you hit the gym.

Caffeine manipulates your body in several ways that improve your workout. Caffeine increases the amount of fat your body uses for energy production during your workout. In fact, according to Dr. Michael Colgan, author of "Optimum Sports Nutrition," your fat burn can increase by 100 percent if you take in caffeine before exercising. Increasing your fat burn not only helps you lose weight, but also increases the time it takes for your body to reach fatigue from exercise. In addition, caffeine intake can decrease muscular pain associated with exercise. Caffeine can also improve activity performance by increasing the forcefulness of your muscular contractions. This is especially significant for someone training in an explosive speed and power sport such as weightlifting or shot-putting.

According to Dr. Michael Colgan, coffee is a better way to get caffeine over taking caffeine pills. Colgan recommends a strong brew known as Coffea arabica, including beans from Guatemala, Columbia or Kenya. Arabica beans are bit more expensive, but are easier on your gastrointestinal tract. Choose these types of beans over those known as Coffea robusta, as these can become sour and cause havoc on the gut.

Caffeine-containing green tea may also be a beneficial drink to consume before exercising. Green tea not only contains beneficial caffeine, but also catechins, a type of antioxidant. A study published in the "Journal of Nutrition" in 2009 found that those consuming green tea, as compared with subjects consuming caffeine only, lost more weight with exercise. Over 12 weeks, those drinking green tea lost 2.4 more pounds and lost more of it from the abdominal area. The green tea drinkers also experienced more significant changes in triglyceride levels.

Your tolerance to caffeine as well as when you take it can affect how well it works for your workout. Caffeine is best used as a boost to your performance or endurance during a competition or big event. Abstaining from caffeine before your event can help increase its effect on your body. Consume caffeine up to three hours before the competition starts as its effects should last for hours. Be aware that caffeine can be a diuretic, resulting in water lost, which puts you at risk for dehydration. Consume extra fluids before, during and after your workout.