Forget the crash diet. These 6 New Year’s resolutions are better for your health

All Credits Go To : Julia Griffin 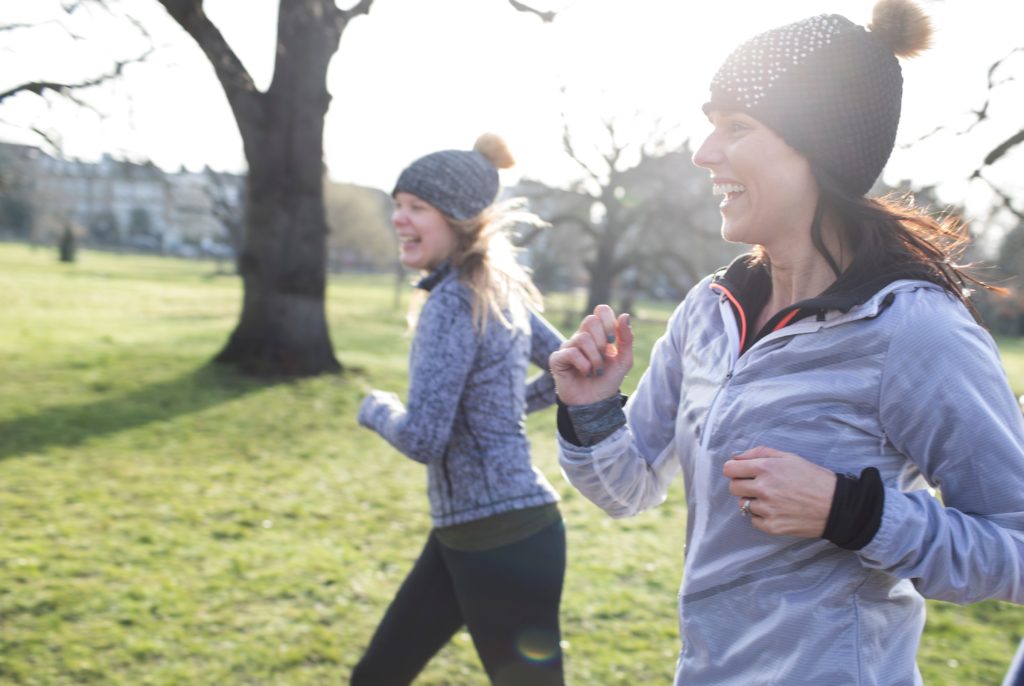 The new year is officially here and with it, millions of resolutions. Forty-four percent of Americans say they will take on a resolution this year, many with health conscious goals in mind. 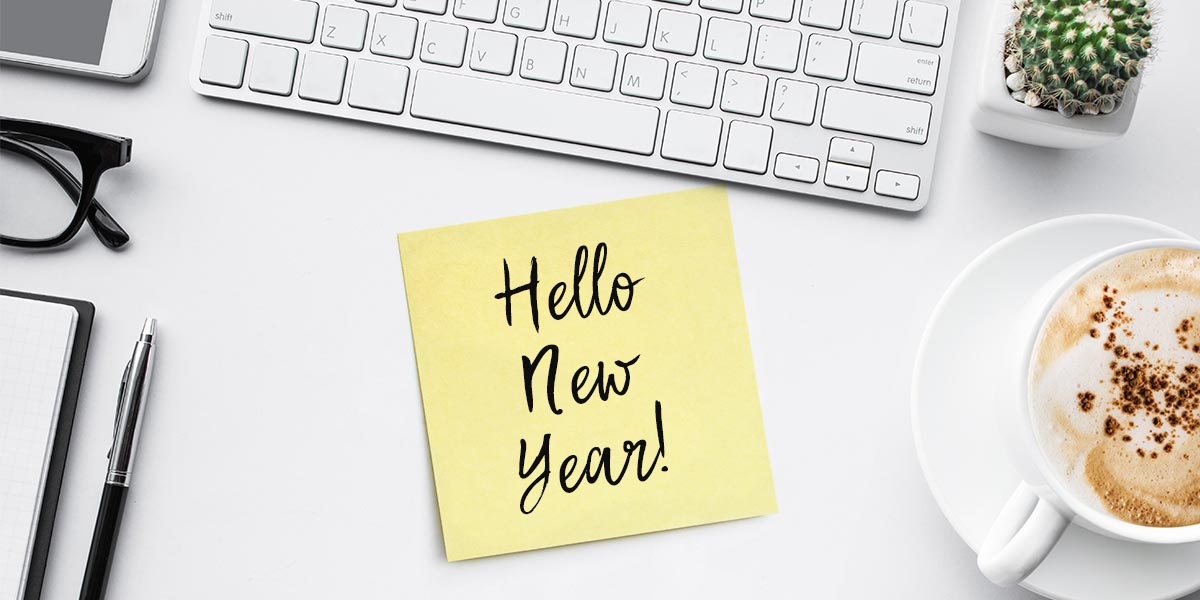 But some resolutions are better for your overall health than others. Losing a lot of weight quickly through a crash diet, for example, can lead to weakened immune systems, dehydration and cardiac stress. Getting more sleep can help fight viral infections and burn more fat, but only if you make solid investments in your bed. And prioritizing your friendships have benefits, but choosing in-person interactions rather than those on Facebook might help you live longer.

So as you consider your New Year’s resolution, think outside the box. Here are six not-as-common things medical experts recommend you do in 2019 to improve both your physical and emotional health.

1. Get more and BETTER sleep

Many kicked off the New Year by staying up until midnight, but getting more — and better quality sleep — in 2019 can benefit you on multiple health fronts, said Dr. Nathan Samras, a primary care physician at UCLA Health.

“Insufficient sleep can decrease the immune system’s ability to be as strong as it should to fight common illnesses such as head colds and other viruses,” he said. “It can also increase the risk and severity of various mood problems including anxiety and depression.” 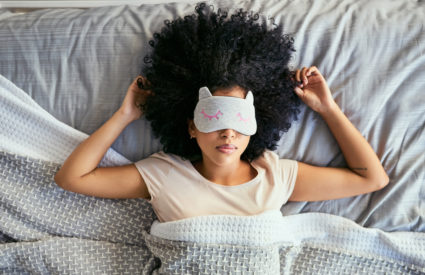 Waking multiple times throughout the night, whether you remember you did or not, can also be problematic. Disrupted sleep — especially when caused by apnea, a disorder that causes snoring and chronic insomnia because breathing starts and stops — increases the risk of heart disease. Poor quality sleep can also impair your ability to metabolize sugar and increase your appetite, a problem for anyone watching their weight.

But there are also general safety reasons to make sure you are getting enough zzz’s, said Dr. Charles Czeisler, director of the Sleep Matters Initiative at Brigham and Women’s Hospital.

“Fifty-six million Americans admit they are struggling to keep their eyes open while driving,” Czeisler said. “Eight million people every month lose that struggle and actually fall asleep at the wheel, causing over a million crashes, 55,000 debilitating injuries and nearly 7,000 deaths every year.”

Most adults need around eight hours of sleep each night, Czeisler said, but the requirement varies by age and individual.

The National Sleep Foundation has rough estimates on how much sleep you should be getting, but Czeisler also recommends conducting your own sleep experiment over a holiday or vacation week. Each night, set a bedtime alarm so you can go to sleep at the same time — but do not set a wake-up alarm. Doing so will allow you to measure the sleep cycle that your body naturally wants.

“At first, when you are sleeping on the weekend, you might sleep nine or 10 hours, but that’s really making up for lost time,” Czeisler said. But over a series of days, you’ll settle into a more natural pattern — “sleeping like 8.1 or 8.2 hours a night, for the average person,” he added.

Maintaining this kind of routine can be helpful in the long term, particularly if you limit or eliminate exposure to blue light screens in the hour leading up to bed. Blue light from phones and computers emulate daytime and can impair a person’s natural circadian rhythms, making it harder to fall and stay asleep.

And if weight loss is part of your New Year’s resolution, getting sufficient sleep can help you lose the right kind of pounds. Individuals on the same caloric diets lose the same amount of weight regardless of their sleep habits, Czeisler said. But those getting insufficient sleep force their brain into a starvation mode, prompting weight loss from muscle mass rather than fat.“If you are getting a sufficient amount of sleep,” Czeisler said, “then you will lose twice as much fat when you are on that same diet.”

2. Change when you eat

Another trick to losing weight without changing your diet is to only eat while the sun is out, said Dr. Michael Roizen, chief wellness officer at the Cleveland Clinic. By shifting when you eat, he said, you can capitalize on when your body’s metabolism is running fastest.

“The way your circadian rhythm works, your metabolism is highest around 10am and lowest in the middle of the night,” he said.

That means “if you eat before the sun is out, you’re in a slow metabolism phase where it causes you to store fat,” Roizen said. “Inversely, if you eat when your metabolism is reved, it will burn calories much better than when you eat after 8:00 p.m.”

Because the number of daylight hours changes during the year, Roizen recommends people eat 75 percent of their daily calories before 2 p.m.

Roizen’s suggestion, which is outlined in his book “What to Eat When,” is based on a study of 420 women in Spain on a 20-week weight-loss program. Women who ate their main meal before 3 p.m. lost more weight than those who ate later. 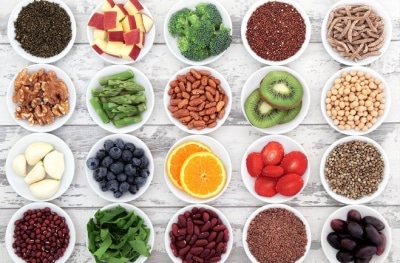 Building up your face-to-face friendships rather than those on Facebook can help manage stress, increase endorphins and potentially help you live longer, said Roizen, pointing to two multi-decade studies of individuals living in the UK and California.

A 30-year study of British Civil Service workers found individuals who don’t see friends in person regularly are 1.5 times more likely to have poor health than those who visit with six or more friends per month.

Individuals who don’t see friends in person regularly are 1.5 times more likely to have poor health, according to one study.

Similarly, a study of 7,000 residents of Alameda County, California, found individuals with few social ties were more than two times as likely to die in a nine-year period than those with strong, offline networks.

Set a goal of visiting with at least two close friends or relatives each week, suggests Roizen, especially those you feel comfortable being yourself with. “You’re not very vulnerable to friends on Facebook, because you aren’t discussing all the things you want to discuss but are relatively embarrassed to,” he said

Frank and friendly in-person interactions, on the other hand, can help individuals work through problems while reducing loneliness, stress and blood pressure.

“Everyone needs social interaction,” said Dr. Carolyn Kreinsen, an assistant professor at Harvard Medical School and staff physician at Brigham and Women’s Hospital. “Isolation is not a good thing, and it leads to depression, anxiety and loneliness and that goes into the cascade of stress.”

4. Get and stay mobile

Winter might not be the most enticing season to boost your physical activity, but forcing yourself to get moving has benefits beyond just burning calories.

“Regular exercise is well-proven to decrease the potential to develop either depression or anxiety,” said Samras, and also helps treat both.

Samras suggests getting at least 150 minutes of exercise each week.

“It increases awareness,” among other things, said Hensrud, including decreasing “calorie intake because people aren’t mindlessly munching while they watch TV.”

Because this habit doesn’t completely eliminate television viewing, but instead pushes individuals to either watch less TV or get more exercise, it inherently increases physical activity levels, he added.

Keeping active can also help individuals avoid osteoarthritis, an inflammatory disease that can cause joint pain, Roizen said. And since obesity increases the risk of inflammatory joint disease, the benefits of calorie-burning exercise are two-fold.

To help fight inflammation, Roizen recommends eating only omega-3 and omega-9 fats, which can be found in walnuts, fish, avocados and olive oil. “If you avoid all of the other fats that promote inflammation and go towards more of these, you’re much less likely to develop inflammatory joint disease and become immobile.” 5. Get to know your primary care doctor

It also give individuals an opportunity to forge a relationship with their physician, Kreinsen said, allowing them to be more open about health concerns.

“I think people feel much more comfortable in telling you their insecurities. And I think that people are more honest about what they see as problems and issues in their life,” she said.

Bringing up any concerns, however minor, could help identify underlying medical issues that might otherwise go unchecked.

Stress can impact more than just our emotional health. At least 60 to 80 percent of all primary care visits touch on least one problem related to stress.

That is why many primary care physicians, like Kreinsen, suggest their patients try various habits aimed at promoting mindfulness and reducing stress.

Stress can impact more than just our emotional health.

In general, stress can be “an overriding factor that seems to instigate a lot of unhealthy behaviors and then complicate them more down the road,” Kreinsen said. In that way, “it’s the gift that keeps on giving,” whether you like it or not.

To help tackle stress, Kreinsen suggests strategies like stretching for a few minutes each morning, preparing workday lunches on the weekends, placing photos of loved ones in your workplace and walking outside at least once a day.

Proper breathing techniques rely on the diaphragm rather than chest; allow your belly button to move out as you breathe in and towards the spine as you breathe out.

For added physical benefits, Roizen added, inhale through your nose.

“Our nose contains nitric oxide which dilates your arteries — especially your lung arteries — so that you capture more oxygen [and] improve the distribution of air and blood in your lungs.”

At the end of the day, a healthy lifestyle is about balance and prioritizing things that you enjoy, Samras said.