8 Simple Ways to Get Rid of Belly Bloat

All Credits go to Ginny Graves

Surprising reasons your belly can balloon, and how to deflate it fast. 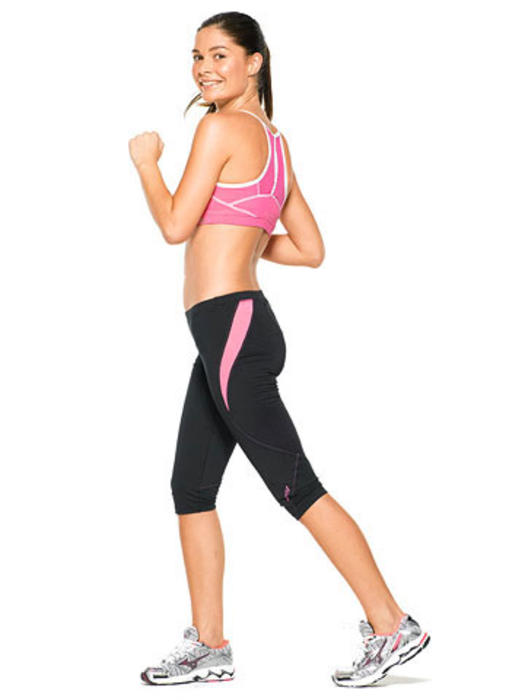 Either your jeans shrank or your belly grew, and chances are it's the latter. You're exercising and eating right, so what's up with the bloating? Sometimes the culprit is obvious (hello, Aunt Flo and last night's burrito!), but other times your healthy habits are the cause. Read on for five surprising reasons your belly can balloon — plus advice on how to deflate it fast. 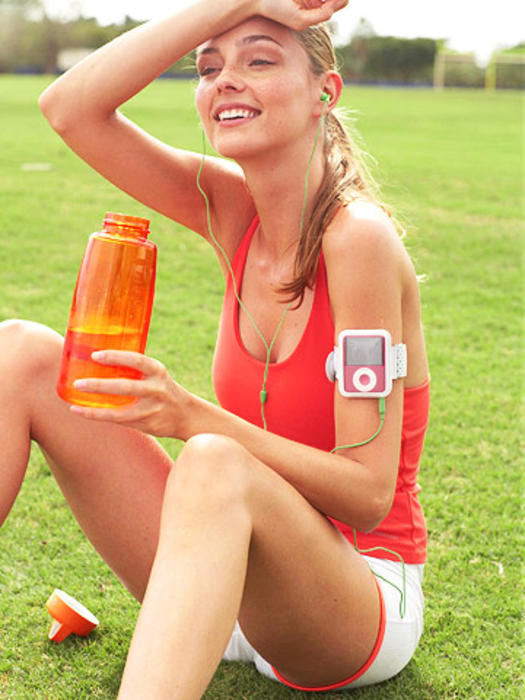 It's important to drink plenty of fluids when it's hot out to prevent dehydration, especially when you exercise. Also, steadily sipping water encourages healthy digestion by keeping food moving through your system, says Christie Achenbach, RD, a dietitian in Destin, Florida, who specializes in nutrition for exercise. But chugging too much water before your workout makes your belly swell.

Deflate-it fix: To avoid that sloshy, overfull feeling, drink about 16 to 24 ounces of water one to two hours before exercise. That should allow plenty of time for your body to absorb the needed fluid and eliminate the rest, says Eamonn Quigley, MD, a gastroenterologist at the Methodist Hospital in Houston. Then top off your tank with another eight ounces about 15 minutes before you head out, and sip regularly during your workout to make sure you're fully hydrated. 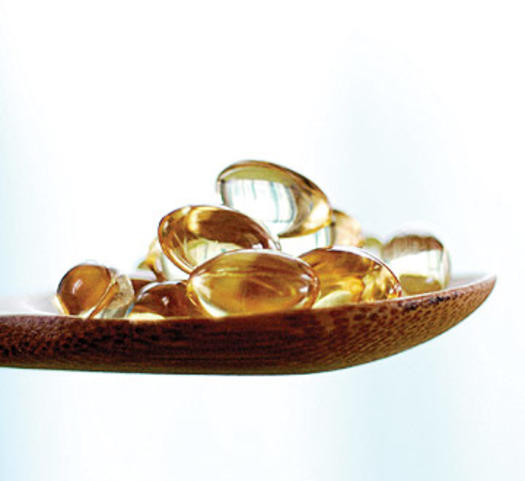 Tummy Puffer: Fueling Up with Sports Gels and Beans

Those gooey, chewy nibbles give you a much needed boost when your energy is flagging during a workout or a race. The problem is that most of them deliver a quick dose of carbs in the form of fructose and/or maltodextrin, two forms of concentrated fruit that many people have trouble digesting. "Some studies show that up to 50 percent of people in the United States can't digest fructose without GI discomfort," says Kristi King, RD, a spokeswoman for the Academy of Nutrition and Dietetics. Even if you're not one of them, gobbling gels and jelly beans can still make you bloated and gassy. "Most exercisers consume these products as fast as they can, which means that the sugar gets dumped from the stomach into the small intestine quickly, and that can cause cramping, bloating, and diarrhea," King says.

Deflate-it fix: Start with a half pack during a workout and wash it down with a few swigs of water to dilute the carbs and help your body absorb them. If you still have problems, try eating a banana or some orange slices instead; they're both fairly low in fructose, so they're easier to digest. 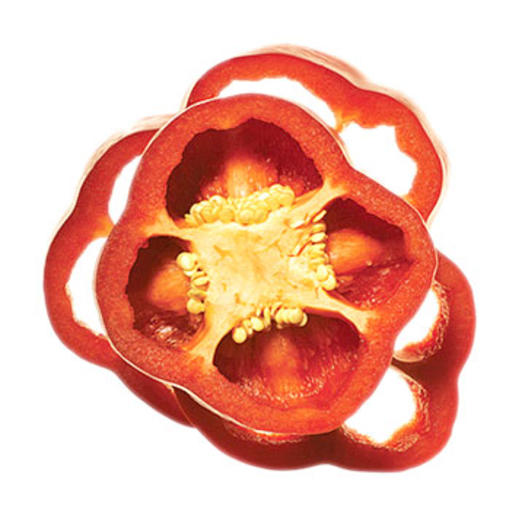 Tummy Puffer: Eating Too Much Fiber

"Many women make drastic changes to their diet when it's bikini season," says Tamara Duker Freuman, RD, a nutritionist in New York City who specializes in digestive disorders. "If you're used to lower-fiber meals and you suddenly start eating a lot of fruit, salads, and bran cereals, you're going to be significantly bloated." That's because you don't have the right bacteria in your gut to help digest the increased amount of fiber.

We all have trillions of bacteria in our intestines, which help us process the food that our stomach and intestines have a hard time breaking down, Dr. Quigley says. "When undigested food reaches your colon, bacteria feed on it and produce gas," he explains. The type of bacteria that's in your gut is determined in part by what you eat, and some sorts produce more gas than others. Without the right kind, fibrous foods, which are typically slower to digest, linger in the gut even longer, giving bacteria plenty of time to munch away and create gas.

Not only that, but "everything from energy bars to yogurt is fortified with fiber these days," says Joy Bauer, RD, the author of The Joy Fit Club: Cookbook, Diet Plan, and Inspiration. "It's a problem, because they typically contain large amounts of inulin, a fermentable fiber that may cause gas and bloating when consumed in large quantities."

Deflate-it fix: Make your belly fiber-friendly by building up a tolerance gradually, adding five grams or fewer from fruits and veggies every week until you reach the recommended daily 25 to 35 grams. "Some people have a really hard time with beans, while others have more of a problem with broccoli and other cruciferous vegetables," Freuman says. "Start by upping your fruit and vegetable intake at just one meal so you can keep track of what causes the most problems. Over time your gut bacteria population will reach a new 'normal' baseline, and your body will adjust to the volume of gas they produce without experiencing discomfort." Scan labels for inulin, which is also called chicory root extract or chicory root fiber. "If it's the first ingredient listed, the food contains quite a bit of it," Freuman says. Avoid it. 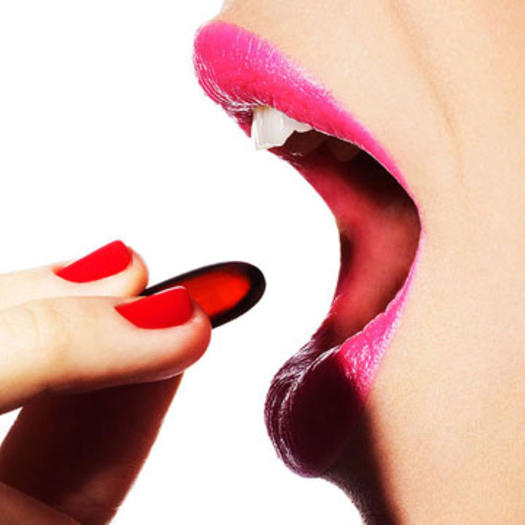 Many supplements contain additives and fillers, King says. Common ones include lactose or wheat — a problem for those who are lactose- or gluten-intolerant — and sugar alcohols like mannitol or xylitol, which are notorious bloat culprits because they tend to be slower to digest than other carbs, giving intestinal bacteria plenty of time to feast on them and produce gas.

Deflate-it fix: Look for a multi with a short ingredients list that contains few difficult-to-pronounce words (they're often indicative of additives and fillers) and avoid any that list sugar alcohols, lactose, or gluten, which may also be called wheat germ, food glaze, food starch, or hydrolyzed vegetable protein — if they're listed at all. "Supplements aren't regulated by the FDA, so all their ingredients may not be noted on the label," King explains. A safer bet: Get your daily dose of vitamins and minerals by eating a variety of whole foods. 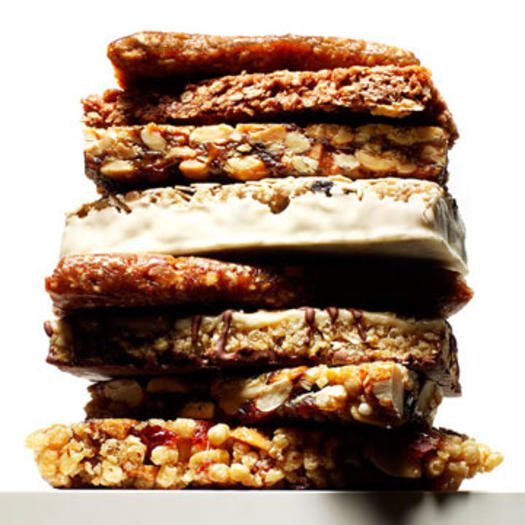 Deflate-it fix: Look for bars with proteins that are typically easier to tolerate, like nut or rice proteins or whey-protein isolate (as opposed to concentrate), which contains a higher percentage of pure protein and less lactose than other forms. "You may pay a little more, but it's worth it," Freuman says. 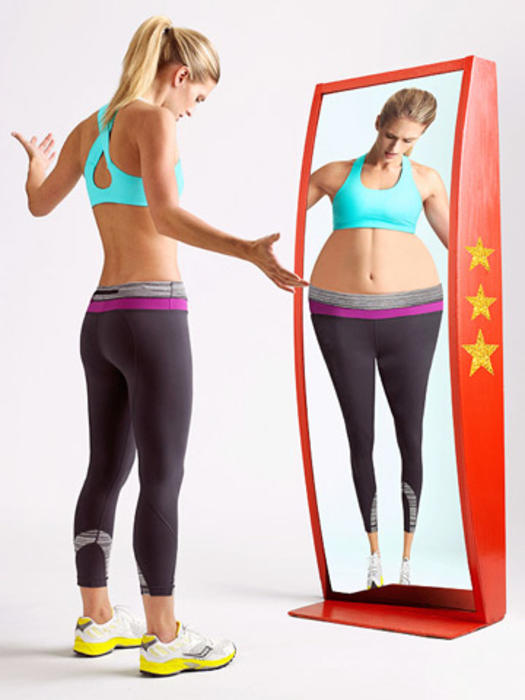 Eat a banana every day. The potassium it contains helps prevent bloat. "When potassium is low, the body retains extra sodium and holds on to water," says Joy Bauer, RD. Other potassium-rich foods include tomatoes; mushrooms; dark leafy greens, like spinach and Swiss chard; and fish like salmon and halibut.

Spoon more yogurt. Check labels to find one that contains bifidobacteria. "Some studies show that these bacteria can reduce flatulence and bloating," says Eamonn Quigley, MD. Fage Total Greek Yogurt and Activia both contain bifido. You can also pop a probiotic supplement, like Align, that contains it.

Contract your abs. "Many people aren't actually bloated at all; they've just developed a habit of relaxing their abdominal muscles and contracting their diaphragm, which makes them look and feel bloated because their stomachs are sticking out," says Brennan Spiegel, MD, an associate professor of medicine at the David Geffen School of Medicine at UCLA. Learn to contract your abs instead. Imagine someone is about to punch you in the gut, and pull your belly button in toward your spine. Practice contracting your abs for five to 10 seconds several times, being sure not to hold your breath. Once you get used to the feeling, remind yourself to do it periodically throughout the day so that it becomes a habit, and you won't look or feel as bloated.