6 Health Benefits of Adding Kale to Your Diet

All Credits go to Cailyn Cox 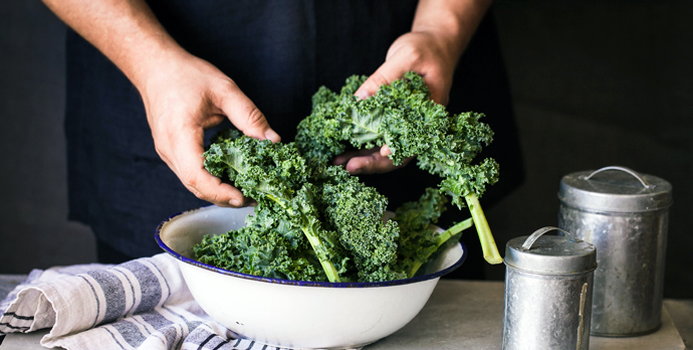 Kale is incredibly low in calories, with one cup of raw kale containing just 33 calories. But it’s also a food that’s packed with nutrients including folate, Alpha-linolenic acid, Vitamins A and C, and it’s one of the best sources of Vitamin K — and that’s just scratching the surface of the health benefits contained within this dark leafy green.

Kale has been dubbed the “queen of the greens” (at least according to Mind Body Green) because of the benefits associated with ingesting this plant food, which Healthline notes is one of the most nutrient-dense foods on the planet, and because of this, it is a fantastic food to eat if you want to increase the nutrients in your diet (especially because it’s so low in calories).

In addition to the vitamins and minerals found in Kale, it’s also high in antioxidants, which help reduce oxidative damage by free radicals in the body. These antioxidants include the flavonoids quercetin and kaempferol, which Healthline notes have been linked to reduced blood pressure and heart health, and contain anti-inflammatory and anti-viral properties.

Kale is also good for digestion because it’s so high in fiber, and because of this it aids digestion. According to Mind Body Green, when eating kale you should eat the stems because they contain high amounts of prebiotics.

It’s not just digestion and elimination that can benefit from kale but also inflammations; kale can help to fight inflammation because it contains 10 percent of the recommended daily amount of omega 3 fatty acids. And while you may not associate kale with calcium, like you would do milk, for example, per calorie it actually has more calcium than milk, Mind Body Green reports.

There are different types of kale, and the flavors differ, but one thing that remains the same is the incredible health benefits associated with this vegetable. It is also remarkably versatile, and can be added to salads, smoothies, pressed juices and soup, so there is little excuse for not having it as part of your diet.