All Credits Go To : Karen Ansel

Diet advice is like a game of Telephone. It starts out straight­forward, but after it’s circulated for a while the once seemingly solid advice is so twisted it can hinder your weight-loss efforts. Toss that convoluted advice, update your strategy and watch the numbers on the scale drop. 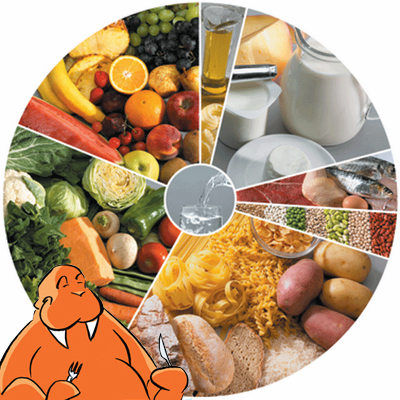 Logging too many hours at the gym actually yields diminishing returns. Researchers put 61 slightly overweight men (who didn’t already work out) in one of three groups: a group that didn’t exercise, one that worked out for 30 minutes a day and another that hoofed it for an hour daily. None of the men were dieting. After three months, the couch-potato group—not surprisingly—didn’t drop a pound. But the 30-minute exercisers shed about 8 pounds versus only 6 for those who sweated it out twice as long. Too much treadmill time can backfire in two ways, say researchers: our bodies tell us to gobble more food to make up for what we’ve burned and we instinctively move less later on to conserve energy.

A smarter strategy: Shoot for daily half-hour sweat sessions at a high intensity.

Myth 2: To successfully diet, it’s all or nothing.

Forget those dramatic diet shake-ups. You’re better off making tiny adjustments that you can permanently adopt, research reveals. Volunteers in an online healthy-eating challenge were given easy-to-implement tips ("Drink 8 cups of water a day" or "Only snack at the kitchen table"). Those who followed the tips for more than 25 days a month had more success slimming down than those who complied less often. "Making small, consistent changes fits more easily into people’s routines [than radically altering your diet]," says Brian Wansink, Ph.D., EatingWell­ advisor and professor of marketing at Cornell University.

A smarter strategy: Make one small tweak a month. And program a daily reminder into your phone.

Myth 3: Healthy snacks are a must.

Not in the morning. A 2011 Journal of the American Dietetic Association study found that dieters who didn’t snack between breakfast and lunch lost nearly 5 percent more weight (an average of 7 1/2 more pounds) over a year than morning snackers. Since breakfast and lunch can be only a few hours apart, researchers suspect that most a.m. snacks are fueled out of habit rather than hunger—and generally amount to mindless eating.

A smarter strategy: Skip the morning snack, unless you have to go more than four hours until lunch. Choose a snack that’s satisfying: one that includes protein, fiber-rich carbs and a little fat, such as an apple with peanut or almond butter or a corn tortilla with a slice of low-fat cheese.

Related: Try one our 100-Calorie Snacks if hunger strikes in the afternoon.

That skinny, bikini-clad celeb taped to your fridge is probably working against you. When Dutch researchers gave 42 women in a weight-loss program a food journal to fill out, those whose journals sported a picture of a "normal" weight model on the cover lost weight while those with a picture of a super-skinny model didn’t. "Constant exposure to a very skinny model gives dieters the feeling that they won’t be able to reach their goal," says lead researcher Anne Klesse, assistant professor of marketing at Tilburg University in the Netherlands. "If they think they can’t reach their goal, it might seem worthless to try."

A smarter strategy: Use a picture of yourself when you were at a healthy weight—or pick a realistic role model—for inspiration.